August 28, 2010 1:02 am Published by Alexandra Hidalgo Comments Off on Taking agnès films to Conferences This Fall

agnès films co-founders Alexandra Hidalgo and Caitlan Spronk will be giving presentations about our website at two conferences this October. Our first presentation and official unveiling of agnès films will be at the Midwest Pop Culture Association/American Culture Association Conference in Minneapolis. Two weeks after our visit to Minneapolis, we'll go to Louisville for The Watson Conference. We are looking forward to the discussion that will be generated by these presentations and to welcoming new members to our community.

April 23, 2010 5:05 pm Published by Alexandra Hidalgo Comments Off on Call for Papers: Film and Video Production 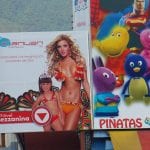 April 22, 2010 3:28 pm Published by Alexandra Hidalgo Comments Off on If Only I’d Known Then… Adventures and Misadventures of a First-Time Filmmaker

Alexandra Hidalgo discusses her first filmmaking experience for her short documentary Perfect: A Conversation with the Venezuelan Middle Class about Female Beauty and Breast Implants and gives advice on how to avoid making the same mistakes she made regarding sound, framing and preparing to conduct interviews. 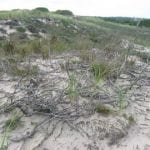 Mirrors, Rage and Feminism: Sauntering down Agnès Varda's World Alexandra Hidalgo profiles French filmmaker Agnès Varda, after whom our site is named. Alexandra looks at Agnès's career from her early work in the 1950s to her poignant 2008 documentary autobiography The Beaches of Agnès

Contribute to agnès films We seek articles from female filmmakers that will give advice to beginning filmmakers. This site will... View Article