The Power of No and #MeToo within the film industry: Harvey Weinstein convicted of sexual assault and rape

Hollywood producers, directors, cast, and crew who are sexual predators and abusers are part of the history of the motion picture industry. Harvey Weinstein attempted to negate the power of solidarity among women who declared they had been abused by claiming it was consensual or that he did not recall the events survivors were describing. The film industry is not unique as a site for sexual assault or provocation, but because of the widespread number of women who spoke out, this case has become globally applicable to a multitude of work environments where women have stood up and declared #MeToo. #MeToo is synonymous with Harvey Weinstein and his rampage of sexual assault of women in Hollywood in the film industry, but #MeToo has grown from this case to expose predators in other places of employment. 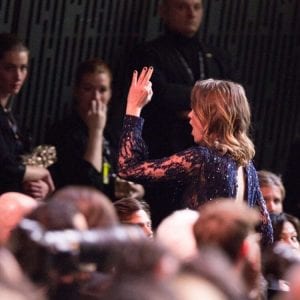 For over a century, we have seen sexual violence in films and television but recently have learned about an overwhelming preponderance behind the scenes by producer Harvey Weinstein, who has made several Oscar-winning films. If history is written by the conquerors, the women — like Talara Wulff, Dawn Dunning and Annabella Sciorra, who have come forward to testify against him — are re-writing it. Calling it a “movement” after centuries of abuse is a misnomer — it is an action. Sexual assault is a historical practice, and breaking the silence of its existence threatens predators who have historically lived above the law without recrimination. Without action from #MeToo they will continue to do so. Sexual assault cases are hard to prove. Testimonies are meticulously dissected on cases that because of shame and fear keep women silent, where the evidence is often ephemeral. However, safety is in numbers and #MeToo has the earmarks of  a “class action suit.” Catherine MacKinnon’s 1979 study Sexual Harassment of Working Women: A case of sex discrimination was the groundwork to Title VII of the Civil Rights Act: Sexual Harassment of Working Women, work discrimination based on gender, and #MeToo is leveling the ground.

The women who gave testimony at the Weinstein trial reveal how their humiliation and assault ruined and diminished their careers. His rampage as a Hollywood mogul ended when they and countless other women broke their silence. Significantly, these truthsayers defy the unspoken or whispered belief that women will do anything to advance their careers in the entertainment industry and keep silent about it.

Jettisoning to trial on his rollator walker, Harvey engaged powerhouse defense attorney Donna Rotunno to argue his plea of not guilty. The use of a woman to discredit other women was a strategy. The transformation of a powerful independent mogul into a broken-down wronged man had a purpose – to win the jury’s sympathy and dismiss the case or receive a lenient sentence. The hard facts of six key witnesses were questioned by the defense and Manhattan district attorney prosecutor Cyrus R. Vance Jr.

The jury aquitted Weinstein on February 24 on two counts of predatory sexual assault that would have meant a life in prison as a sexual predator. The testimony of Annabella Sciorra was crucial.  She reported that she had been raped by Weinstein in 1994. Three years later she revealed she was sexually harassed by Weinstein at Cannes while promoting Copland produced by his company Miramax. The testimony of Mimi Haley’s sexual assault, a former production assistant, and the testimony of actress Jessica Mann that she was raped resulted in Weinstein being charged with two counts of rape and criminal sexual acts.

The Weinstein case exposed the cycle of violence against women and decontructed  the belief that women who kept in contact with Weinstein were complicit in their own abuse. The testimony of an expert witness on sex crime, forensic scientist Dr. Barbara Ziv, was powerful and instrumental to Weinstein’s conviction. Two days later she was hit by a car and left with broken bones. Law & Crime reported that the timeliness of the accident is suspicious.

The Weinstein case moves on to California next and with the New York conviction the former producer has been brought to justice. His career is over after decades of tyrannizing at least 90 women in the film industry who wanted to advance their careers with a producer with a track record of award winning films. Weinstein is presently incarcerated in Rikers Island in New York, awaiting sentencing and may get 29 years in prison on March 11. Fortunately this trial has charged Weinstein and he will remain in prison.

Ironically, March 10 is the day after Roman Polanski was declared guilty on five charges of rape and drugging of a minor in 1977 and fled the US to avoid imprisonment. He can never return and must avoid countries that can extradite him.

Since women spoke out about Weinstein, other women have come forward in the global film industry. At the 2020 César Awards in Paris on February 28, Portrait of a Woman on Fire was nominated for 11 awards and won best cinematography.  Following the Weinstein verdict, French director Céline Sciamma and actress Adèle Haenel shouting “bravo pedophilia”  and several other women left the room when the best director award went to Roman Polanski for J’Accuse (An Officer and a Spy). Haenel reported in November she had been subjected to “permanent sexual harassment” from the age of 12 to 15 years by French director Christophe Ruggia, who denied the allegations and was arrested. She was adamant that pedophilic directors not be rewarded prizes.

At least five women have come forward since Polanski fled the US stating that he raped and drugged them as minors. According to French feminist activist Ursula Le Menn, Osez le Féminisme (“Dare to be feminist”), Polanski’s latest film implicitly seems to draw a parallel between himself as an innocent man and Alfred Dreyfus, who was accused and later exonerated for his crimes of treason in 1894.

French feminist groups (Associations Féministes) proclaimed “If rape is an art, give Polanski all the Caesars!” Polanski did not attend the César ceremonies to avoid a large protest, a protest that we hope has forever changed the César Awards.

The success of predatory directors and producers who make prize-winning films such as Polanski and Weinstein is predicated on their practice of sexual assault and harassment. It is time to stop rewarding filmmakers whose careers are built on crimes against women.This is a difficult task when the personal lives of filmmakers are considered separate from their work. Many directors who abused women now will not be able to work again, but Weinstein managed to survive for years until women allied with each other in protest. #MeToo, born from the Weinstein assaults, has sent a riptide effect through society where predators are quickly being brought to task by their victims all over the world. Let’s hope that practice continues for decades to come and transforms the industry at its core.

Read more of Moira’s writing and learn about her on her profile.