Language, Learning, and Culture at the Chinese Documentaries 2019 International Symposium and Screenings

I came across Lei Shi’s post looking for volunteers and press coverage for a film festival and symposium about Chinese documentaries at UCLA and thought, after my recent move back to California, it would be a good way to re-immerse myself into living in Los Angeles, get a chance to watch some films, and revisit the college campus where I spent my undergraduate years. It turned out to be an adventure in language, a dive into culture, and a deconstruction of education and truth in documentary not only through film but also through the performance of academic paper presentations. 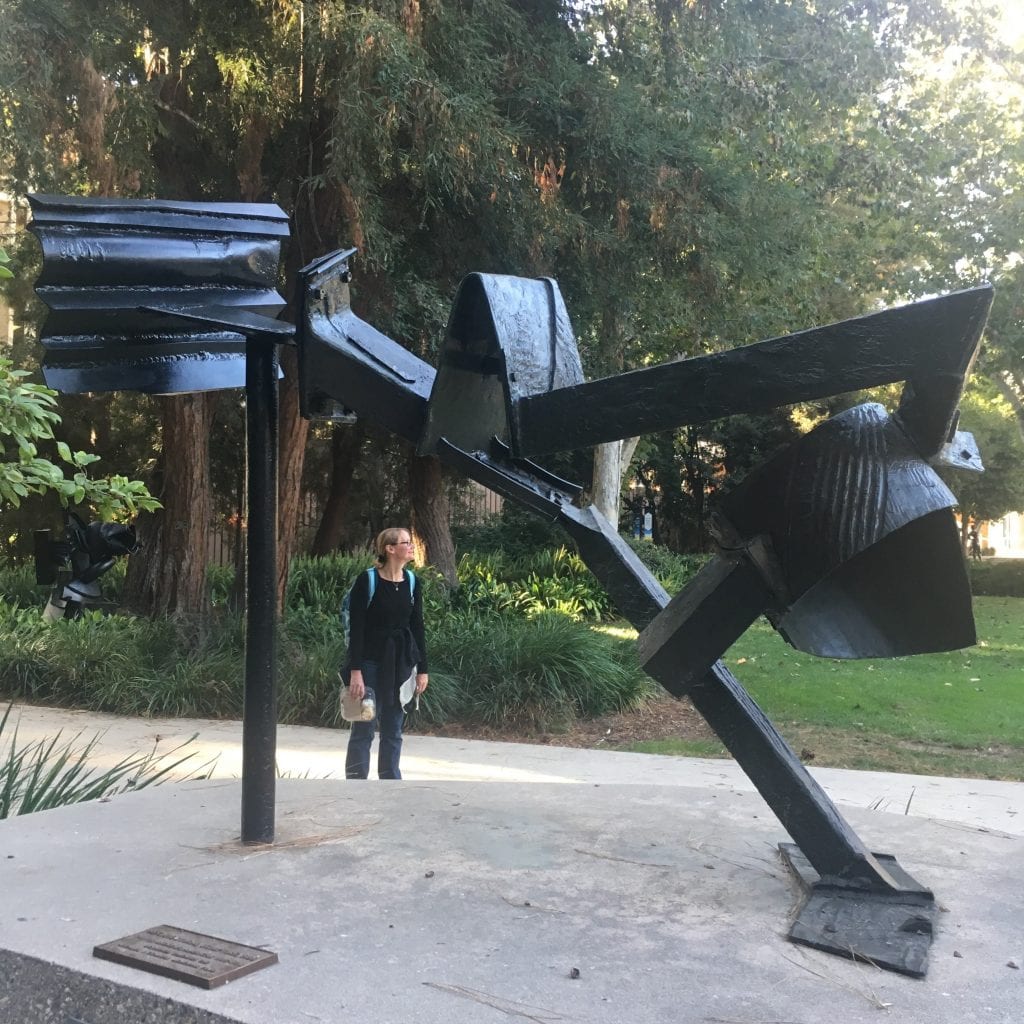 Me at the UCLA sculpture garden

I reached out to Lei via email after seeing the post on the listserv Women In Media Production (WIMPS—a wonderful group with a problematic although perhaps deliberately anemic acronym—language in its many layers can indeed be complex) and offered up the possibility of writing a piece for agnès films. Little did I know at the beginning of this assignment I would be navigating a symposium where a good deal of the content would be in Mandarin (which I do not speak) and that translation would be provided to me by one of the documentary subjects of director Zhang Tongdoa’s Born in 2000, one of the films highlighted at the academic festival. In Yiyan Hou’s presentation Tracing Currents of Modernity: The Yangtze River and its Cinematic Embodiment in Three Films, he quotes the introductory narration to  Lou Ye’s 2000 fiction feature film Suzhou River, “if you watch it long enough, the river will show you everything.” If you listen to the flow of ideas and concepts long enough at UCLA on a sunny afternoon, you may not see everything but you will learn a thing or two about language, education, and culture. To quote from the brochure for the symposium, “Documentary is a medium that travels across cultures, and across time and space.” This event both elucidated and challenged those notions.

Born in 2000, a film by director and academic Tongdao Zhang, who has been filming students at a kindergarten in Beijing for 13 years, and Transplant, a short film about two Chinese immigrants coping with life in America directed by UCLA  student Zheyu Liang, both screened on that Friday — and I had the pleasure of meeting both directors and witnessing a potential mentor (director Tongdao Zhang) inspiring a student (director Zheyu Liang).

Zhang questions the rigidity of the Chinese educational system through his documentary, following two students, Chi Yiyang (Wang) and Rourou (Rose), as they explore less traditional modes of education by studying abroad and celebrating their individual interests which are often suppressed in the more formal educational structure. In conversation he expressed to me that his belief is that there is a lot to be said for giving children the opportunity to excel outside of the confines of the extremely rigid educational system endorsed by most parents in China. He remarked in the seminar that some teachers treat kids like they are prisoners. He has spent twelve years making this film and as he put it, education is everyone’s future. Filming education isn’t just about filming education, it’s about filming the future. 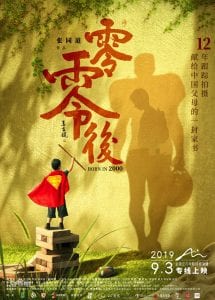 As he admits, his subjects Chi Yiyang and Rourou were lucky because their parents supported them by allowing them to study abroad and forego the relentless Chinese testing system. Nevertheless, some critics of the film have pointed out that the subjects he chose were affluent enough to have the opportunity to take that path, unlike the majority of students in China.  Zhang takes issue with this, claiming that Wang and Rose are not unique in their endeavors. He claims other families have made similar choices to send their children to study abroad and seek out educational opportunities beyond the Chinese system, and that many more have the means to do so. Of course this does not negate the reality that, as the critics point out, there are still a good deal of families who simply do not have the resources. Zhang did not address this issue in the film (or in his subsequent academic presentation at UCLA). The ability to choose a non-traditional path is assumed.

Liang’s Transplant tells the story of Quan and Fen, who have lived in the United States for twenty years but still struggle to feel at home in their adopted country. Fen muses, “Because we came here at a late age, language was our biggest challenge. I would like to learn English but I am too old to learn a new language.”  I related well to that reflection as I sat in the Young Research Library at UCLA listening to the Mandarin flying past me before getting the assistance of a translator on the Saturday of the Chinese Documentaries Symposium. Language can be a gateway into a culture but if you do not have the facility to learn, it can be a difficult door to unlock.

Born in 2000 director Tongdoa Zhang’s presentation on Saturday, Chinese Education in Documentary was entirely in Mandarin so in what felt like a very meta moment Rourou (Rose), one of the subjects of his film, began translating for me.  This required her to refer to herself in third person as she translated Zhang’s musings about the film and its subjects. Rourou illuminated the many challenges of trying to succeed as a student in China in a personal discussion with me outside of the translation. She commented that it was not like in the United States where you can take the SAT as many times as you like and are guaranteed success as long as you work hard enough. Having recently listened to the podcast series Gangster Capitalism (about the college admission scandal in the U.S.), I felt the need to clarify the realities of my own culture. I turned to her and whispered, “It’s an economic issue here.”

Meritocracy is a myth propagated in the United States, where opportunity does not come for those who have the abilities as much as for those who are economically advantaged. In China, it seems every student takes the same test and all parents push their children (sometimes to extremes). Although the definition of intelligence may be narrowly defined, the government is more concerned with who has the skills to succeed than the economic pedigree. Of course, a system that completely eschews the idea that children can learn in different ways and succeed through different means has its own set of issues—and as an outsider I can not help but view the documentaries (and the issues they address) through an American cultural lens. Since pursuing my studies on the history of women making movies in America I have become acutely aware of how an individual point of view is comprised of many elements, including gender, race, class, and culture.

Much of the symposium addressed issues of cultural representation and how Chinese documentaries can dispel myths about China and Chinese culture by sharing stories based in truth on an international scale. Chenghu Yeng presented his paper Documentary and National Image Building predominantly in Mandarin but still used the English term “Fake News.” I mused about how my understanding of the term may be quite different than that of others in the room but at the same time observed how the term has traveled across cultural boundaries thanks to media representation, which exemplified a point Yeng was trying to make about the importance of media in relaying cultural understanding internationally. Once upon a time, China exported political documentaries which Yeng argues are full of easy-to-process symbols. Now documentaries tend to be more about people and individual stories. This allows the viewer to identify with the protagonist(s) and have a more emotional response to the material, fostering universal appeal and providing insight into Chinese culture in a way that didactic political pieces may not. 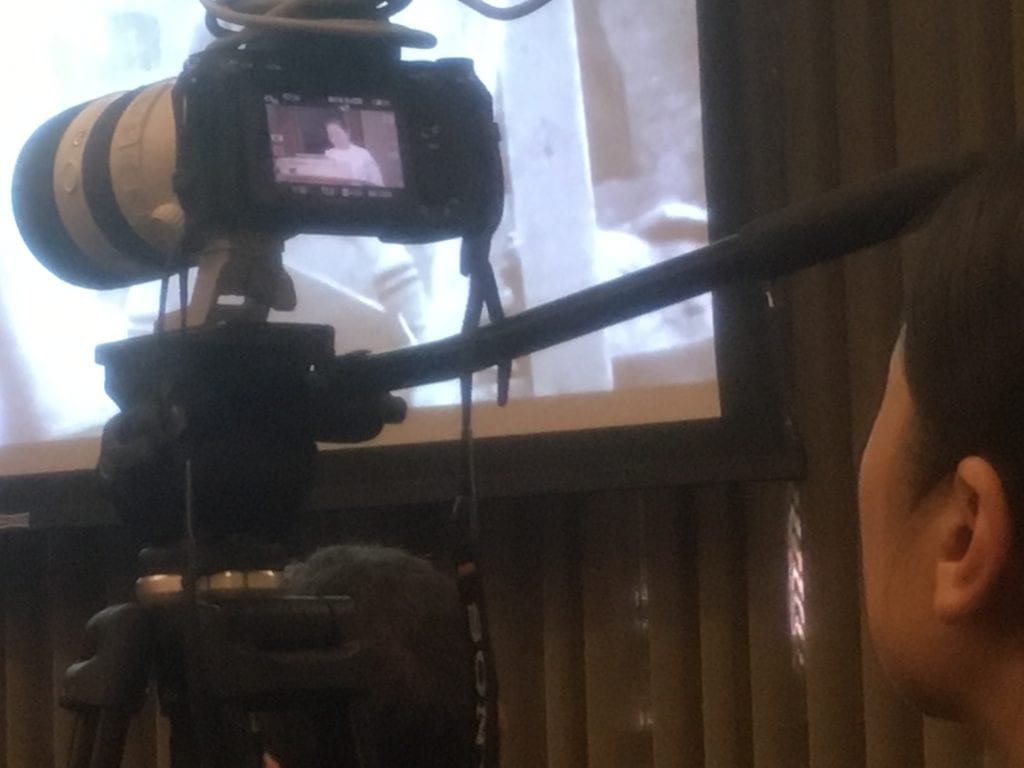 A student filming the presentation

Truth is not as cut and dry as we would like to believe. UCLA professor Sean Metzger in his moderation of the event (and might I add the only other person in the room other than my partner, Eric Rice, and I who required English translation) spoke of the sometimes contradictory nature of what is documented. He shared the anecdote of his grandparents having differing dates represented on documents as they immigrated to the United States — questioning what is recorded. The documentary of cinema tells us stories about life and explores individuals and ideas beyond the mere representation of facts.

As Yifan Wang told us in her paper The Research of Family Culture in Chinese Documentary, we are better able to understand Chinese society through representation of family . The new documentary style perhaps reaches the international audience on a more innate level, allowing them to see similarities as well as cultural differences. The argument is regularly made that since one of the top exports of the United States is film, it is imperative that a full range of stories be told to the world at large by giving opportunities to filmmakers from various backgrounds. It is clear in attending this symposium that this is true for every culture. I recognized this and so much more while sitting in the audience at UCLA. Listening to the papers on that sunny Saturday afternoon and watching films throughout the weekend I gained insight into Chinese culture and learned more about the human condition. There were moments in Mandarin where I was unable to comprehend anything being said, but the images on the screen conveyed information beyond words. Film, through documentary and fiction, is a window into many facets of human understanding and allows us to go beyond language and get to know one another on a visceral level.