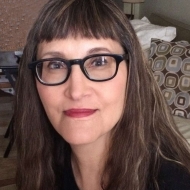 Jen Senko is an award-winning documentary filmmaker based in New York City. Her documentaries focus on socio-political themes with the intent of inspiring discussion and fomenting change. Senko’s most recent documentary, The Brainwashing of My Dad tracks the disturbing rise of right-wing media. The film is told through the lens of her father, whose politics and personality were transformed for the worse after he discovered talk radio. This widely acclaimed project has won numerous awards, has screened in festivals and theaters across the U.S, in Canada, England, Ireland and Sweden.

In addition to filmmaking, Senko is frequently invited to speak at screenings of her film. She defines herself as a social-justice activist-director with a focus on media: “I am passionate about the role of the media and how it plays the most significant part in creating what has essentially been, a number of 'slow boiling coups.'

Senko is a graduate of Pratt Institute, New York City.