Review of Caroline Sims’ Why She Smiles 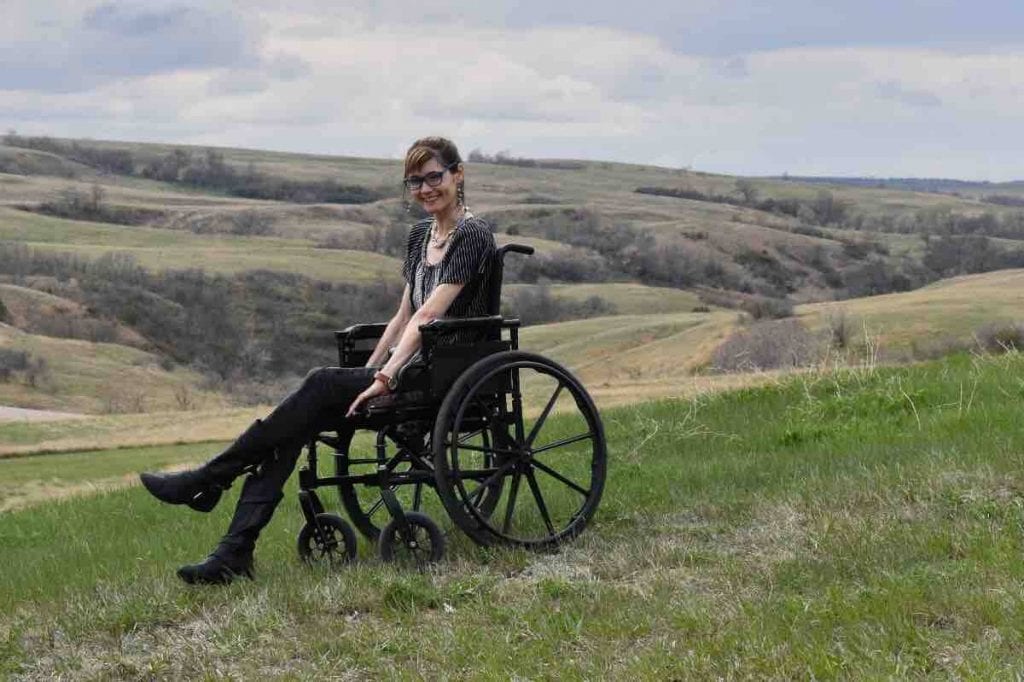 Why She Smiles, a documentary directed by Caroline Sims, tells the inspirational story of Jamie Sorum, a young woman who is battling Huntington’s Disease. Huntington’s Disease is a fatal genetic disorder that deteriorates the physical and mental abilities of a person.

The film covers most of Jamie’s life, from her childhood to present day. Her parents recall how difficult it was before Jamie had a diagnosis, when they knew something was wrong but they weren’t sure what. Jamie was adopted, and her biological mother has Huntington’s. The film guides us through Jamie’s life and the day-to-day activities of the Sorum household. Huntington’s has impeded on Jamie’s ability to do many things for herself. She is shaky, and it is challenging for her to speak. We see Jamie’s parents and siblings helping her get out of bed and into her wheelchair, feeding her, and brushing her teeth.

The film utilizes home videos and photos to compliment the interviews to give us a peek into Jamie’s life before she was diagnosed. We see Jamie and her siblings dancing around the living room as kids, Jamie and her family by a lake when she was a teenager, and Jamie as a kid smiling into the camera as her parents film her. Using these videos and photos helped bring the interviews and stories to life. The audience gets to witness how Huntington’s changed Jamie throughout the years by witnessing Jamie as a child versus today.

The soundtrack for this film was absolutely beautiful and hit the emotional beats very well. For example, about half-way into the film, it is revealed that Jamie is adopted. Jamie’s mother’s voice repeats “adopted home” over and over as the music speeds up and noise from a home video plays. Photos flash quickly on screen, speeding up with the music. This reflects the sudden confusion felt by the audience when Jamie’s adoption and biological family are revealed. This is when we learn that Jamie’s biological mother also has Huntington’s.

Before the reveal of the adoption, I wish they had clued the audience into the fact that Huntington’s can be inherited. As someone who does not know a lot about Huntington’s, having the big reveal of the adoption before saying it’s inherited made it seem like the fact that Jamie was adopted was a big deal, when the big deal was actually Jamie’s family medical history being a mystery.

Jamie’s ex-boyfriend, Jason, is a big part of this story, despite not appearing in the film. They dated for seven years, and his parents revealed that when she got the diagnosis, she decided to let him go. Jason’s parents describe how painful this was for him and for them. Since he seems to be such a vital part to this story, I would have liked if he was in the documentary. I recognize that he may not have wanted to appear in the film for a number of reasons, so having his parents appear in the film was helpful to illustrate this story.

Near the end of the film, all the interviewees are asked if they believe in heaven. For a few minutes, the film became very religious, which is not something I was really expecting. As someone who is not exceedingly religious, I felt like this part of the film alienated me and others who are not Christian. However, if the audience is primarily Christian, this scene would be very powerful to illustrate how Jamie and her family view their world and Jamie’s illness.

The film Why She Smiles aims to answer just that, why does Jamie smile? Jamie is battling a disease that takes everything, but Jamie is resilient and will not let it take her optimism. Despite everything, Jamie is still smiling and fighting, and she is not letting her Huntington’s be the thing that defines her. Why She Smiles is an inspirational film about a truly inspirational woman.

You can learn more about Why She Smiles through their website, IMDB page, Facebook, and Instagram. You can also watch the trailer on Vimeo. Learn more about the reviewer, Kara Headley, on her profile.