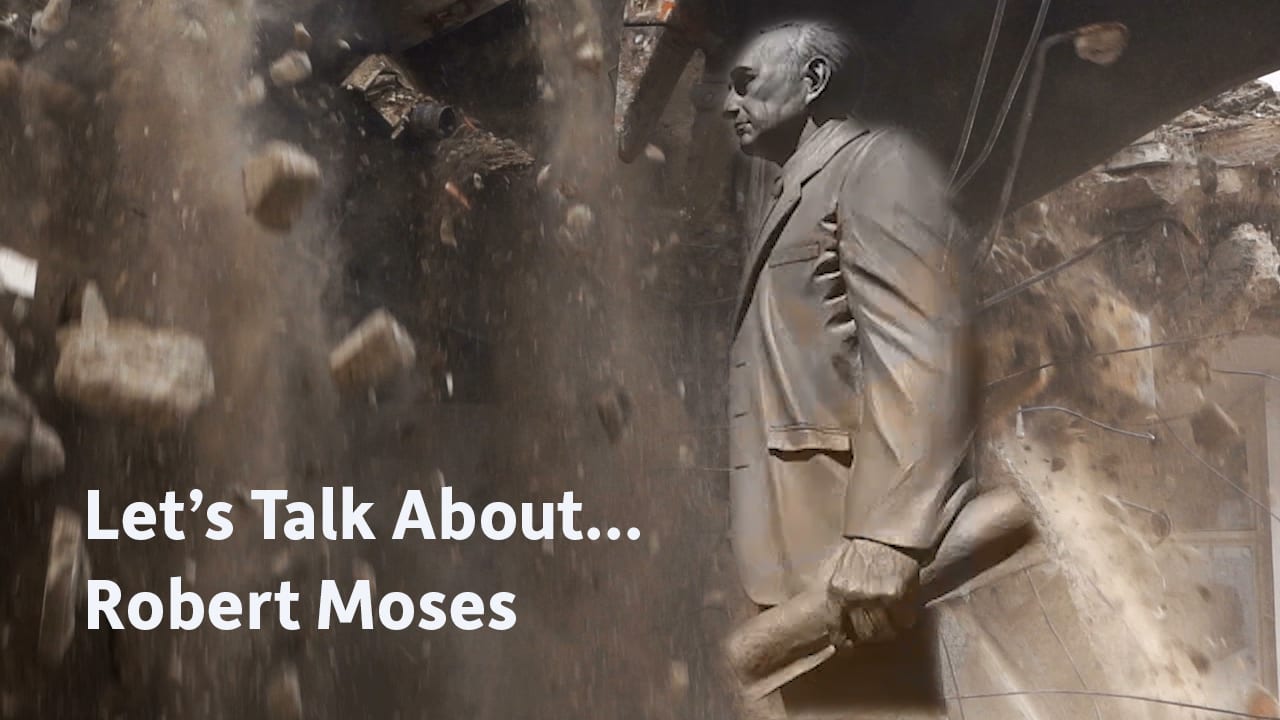 agnès films is excited to share the event that Undiscovered Works is putting on this Sunday, August 9 beginning at 3 pm EDT via Zoom. Mixology, a new monthly series featuring six short films followed by a Q & A with the filmmakers, is meant to “explore the creative possibilities of presenting theatrical, cinematic, and performance pieces in virtual space.” Mixology was started by Jennifer Dean and Eric Rice, stemming from Undiscovered Works’ works-in-progress series hosted on Monday evenings. Dean and Rice note, “In an attempt to push the boundaries of the online world we wanted to incorporate filmed content and live elements. Of course in experiments sometimes things explode… but there are a few sure fire elements that will keep things on track!”

This Sunday’s event will feature the short Let’s Talk About… Robert Moses, the first in a mini-series by agnès films staff writers Irene Richard and Jennifer Dean. The film focuses on a discussion of Moses, a controversial New York City urban developer, and whether he is a “master destroyer” or “master builder,” using clips of archival footage, sourced images, and live spoken word. On developing their series, the creators note, “The impetus for creating the Let’s Talk About… series came from a desire to investigate aspects of the entrenched mythology of America’s ‘greatness’ that form the zeitgeist of American exceptionalism.”

In addition to Richard and Dean’s piece, three other women’s films will be part of the event Sunday: Julie Hays, Kurtis — the first in a six-part series of Kurtis on Zoom; Deborah Napier’s I Heart NY — a commercial created as part of Andrew Cuomo’s competition for a 30-second spot encouraging people to wear masks during this pandemic; and Yoshie Sakai, Koko’s Love — an original East Asian/Asian American hybrid soap opera.

Be sure to tune in this Sunday at 3 pm EDT and see all these amazing films. You must register for the event, which consists of a “donate what you can” ticket.

Announcing The Athena Film Festival — A Celebration of Women and Leadership

Issue 4.2 of Films for the Feminist Classroom Is Out

The latest issue of Film & History: An Interdisciplinary Journal of Film and Television Studies…