This interview is part of  a double feature on Us, Forever Ago. For more, take a look at Kara Headley’s review of the film. 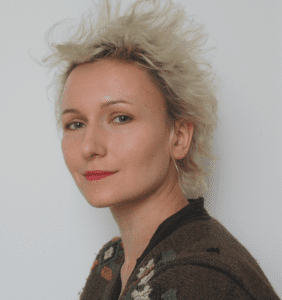 You directed and starred in Us, Forever Ago, a film about a woman reflecting back on her life in 2015-2017 from the year 2030. What inspired this film?

It was a mix of things. Something was in the air in 2015 – I felt the world (or maybe just me) changing in so many ways and I wanted to capture it. For the first time in my life I was surrounded on a daily basis with a community of artists (especially women artists) who asked tough questions, challenged things, and weren’t afraid to be different. I wanted to interview them. I thought they might help me understand something. And I wanted to write a narrative script about a woman looking for validation through love, work, looks… I ended up doing portions of all of the above. I also just wanted to make a feature film to feel like I was doing something in life and to get some answers about life and artistic life.

Why 2030? What was the impetus for looking back on the past from the future?

When I decided to have an overarching voiceover of my reflections about the film process, it took me a while to figure out its tone. I was trying different things. They all ended up being really, really sad – about how this or that thing didn’t work out, beating myself up, etc. Not that there was anything wrong with that but it didn’t seem to be working tonally with the film. Probably because it was already quite melancholy. And then I remembered how when, for example, I now look at some old modeling pictures of myself, I usually either think “Oh, so pretty” or I am just quite neutral and matter of fact about the whole thing. And how terrible I actually felt when they were taken – crying about this or that body part, etc. So I decided to apply the same logic to the film’s voiceover. Immediately, it gave me some perspective I felt it was lacking.

Your narrative is told in a unique way that I have never seen before. You tell the story through memories, which are sometimes disjointed or confusing. Why did you choose to take this risk with the narrative of the film?

I never thought about it as a risk taking, though it sounds nice. I think the structure of the film happened organically over time due to the specific nature of my working on it. Especially, letting my changing ideas about this film be explored and not stifled. Because I was self-producing I had a certain privilege of taking my time and I spent about two and a half years with the film on and off. A lot of editing decisions were based on how it felt vs. more cerebral logic because the film is in part about creative processes, which are never really fully clear or even describable. I also allowed my own doubts, reflections and hopes to be in the film.

You made the striking choice to add scenes of an improv class that did not feature any of the main characters. How do you see these scenes as adding to the film’s impact for viewers? 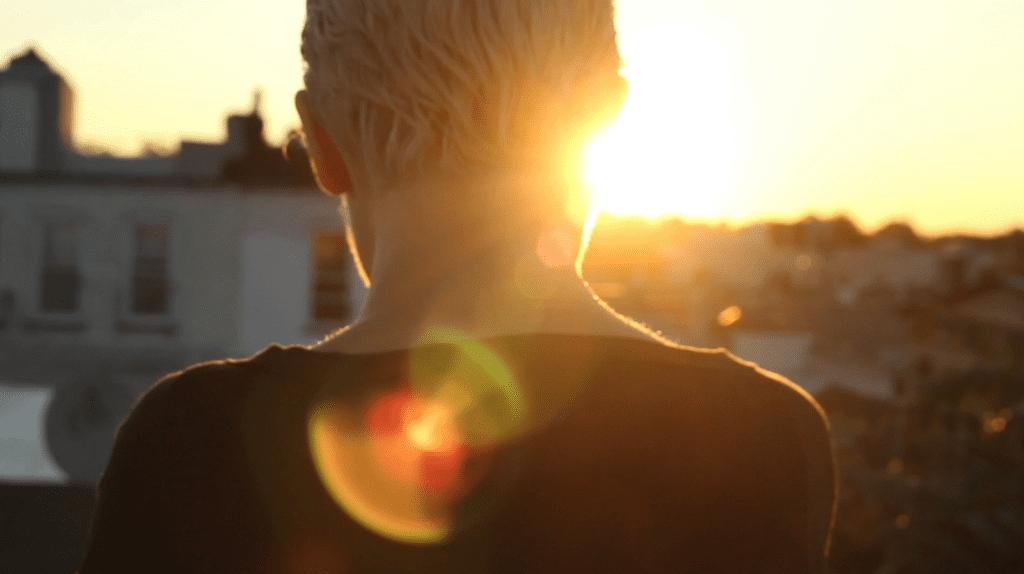 Irina Varina in Us, Forever Ago

The best I can answer it is it felt right to have them. No One Else Could Love You More, the 2010 Byron Karabatsos documentary that those scenes are from, affected me deeply at the time and gave me certain permission to explore the complex and unexpected nature of making, whether it’s making a film, theater or dance. There is a seed of my film in that film. So those scenes for me are a part of the process of my film which is a film about the process… But I also enjoy how there is something a little off about them – like, do they really belong there? Which is again, I think, a very common question asked when working on something.

What is the biggest message you want your audience to take away from this film?

I hope people enjoy the film. I hope it reminds them that nobody really knows anything and the best we can do is try anyway.

What was the experience of making this film like with a mostly female cast and crew?

I’ve been mostly working on female- or non-binary-led or centered projects over the last few years so it’s hard for me to compare. But in general, though we have a long way to go, I think it’s really inspiring to see so many filmmakers consciously working now to include diverse cast and crew. Even some four years ago it was an outlier practice, unfortunately. 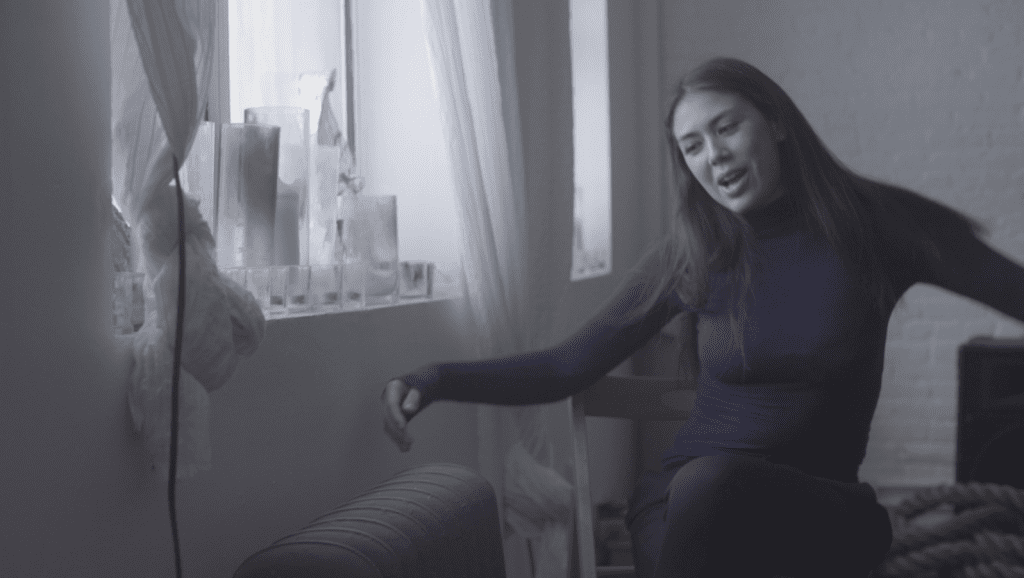 Andrea Clinton in Us, Forever Ago

What is next for you?

As an actor/writer/director, I am currently working on the second season of the web series called  Things I’d like to do instead of thinking about men. The first season premiered this September at Free Fringe Philly Festival and is now available online on Vimeo. It follows  a woman who disappears leaving behind a YouTube show of the same name. It’s a sharp and quirky exploration of one woman’s conditioning around romantic relationships and men. We shot it on location in Philadelphia with all local talent. My cinematographer, Kate Raines, also local, is a visual marvel and a fearless human. It’s been a tremendous joy playing with her and the rest of my crew and cast on this project.

You can learn more about Us, Forever Ago on the film’s Facebook. You can watch the trailer on Vimeo and see the full film on Amazon Prime. To see what else Irina Varina has done, take a look at her profile, Instagram, and website. Learn more about Kara on her profile.

Interview with Vaishnavi Sundar and Hannah Latimer-Snell, Producers of But What Was She Wearing?

Interview with Lauren Sowa and Zoé Salicrup Junco, Producer and Director of Marisol