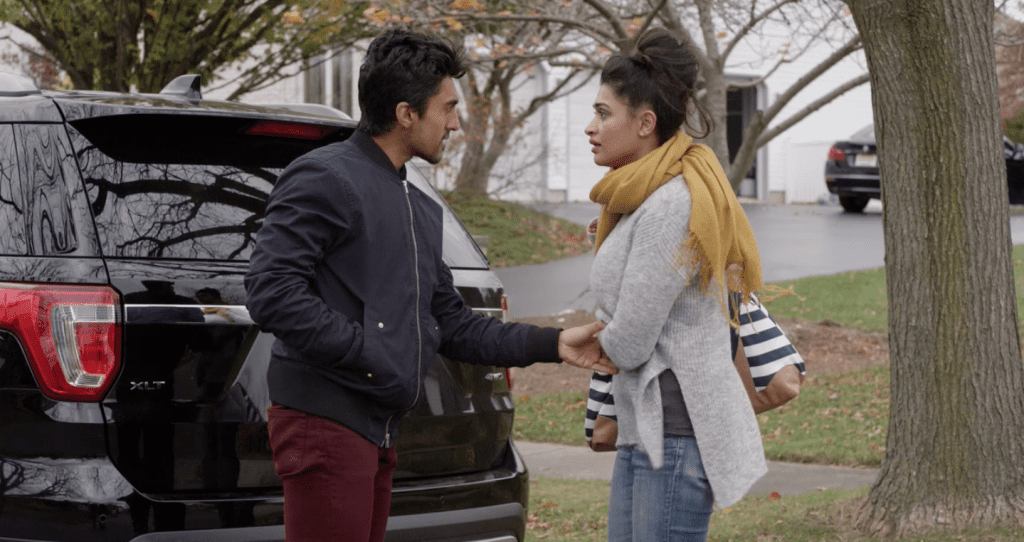 Forbidden is a compelling short film that explores the issue of honor violence and killings. This is an activist film that brings to viewers’ attention the need for more women’s rights advocacy.

In her father’s eye, Jasleen has shamed her family and the Sikh community because she takes control of her life by running away and choosing to pursue a relationship with her Muslim lover, Fahwaz. Early in the film, director Vibha Gulati makes apparent the severity of the risk the couple takes by running away together. Aware of this risk, Jasleen tries to appear unphased as she enters Fahwaz’s car, but her facial expressions show viewers that she knows there is a strong possibility she may never return home.

I was particularly taken with the film’s plot, which contains several moments that are brilliantly woven together. For instance, the repeated flashbacks of Jasleen playing and laughing in the park with her father show a strong kinship between them. Jasleen’s flashbacks raise conflicting feelings in the present, which forces her to contemplate if choosing Fahwaz over her father, family, and community is the right choice. As the film unfolds, we come to see where her father’s loyalty lies. His loyalty is embedded in deep-rooted sexism instead of the relationship he has established with his daughter. Jasleen wants to make her father proud, but instead, she chooses to fight for herself and for the love she feels for Fahwaz. These moments of doubt and contemplation add realism in the sense that even when characters are hopeful, there is still an underlying fear that things may not turn out as we and the protagonists would like them to.

I admire how Jasleen tries to remain faithful to her choices and hopeful about her future with Fahwaz. For instance, while at a gas station, Jasleen stares at a father explaining to his young daughter the possible consequences of running off on her own. Even if the father seemed frightened, Jasleen reads it as love, which causes her to momentarily smile. However, this moment of hope is snatched away from Jasleen and viewers with a phone call from her brother making her aware that her father is close.

To enhance the weight of the story’s impact, the camera angles draw attention to the characters’ emotions. One particularly strong example of Gulati’s camera techniques are the close-up shots of Jasleen’s brother and father. Viewers get a sense of fear and feel concern for Jasleen. Gulati’s camera approaches keep the voices of women of color at the forefront of the film.

Forbidden is a film that is well worth seeing. In just 20 minutes, it questions a long-held cruel practice that has claimed the lives of thousands of women around the world and exemplifies fearless love. It was galvanizing to watch a film directed by a South Asian American woman and starring an Indian woman. I look forward to future films directed by Gulati and am eager to see how she will use her work to promote awareness of women’s rights, particularly the rights of women of color.