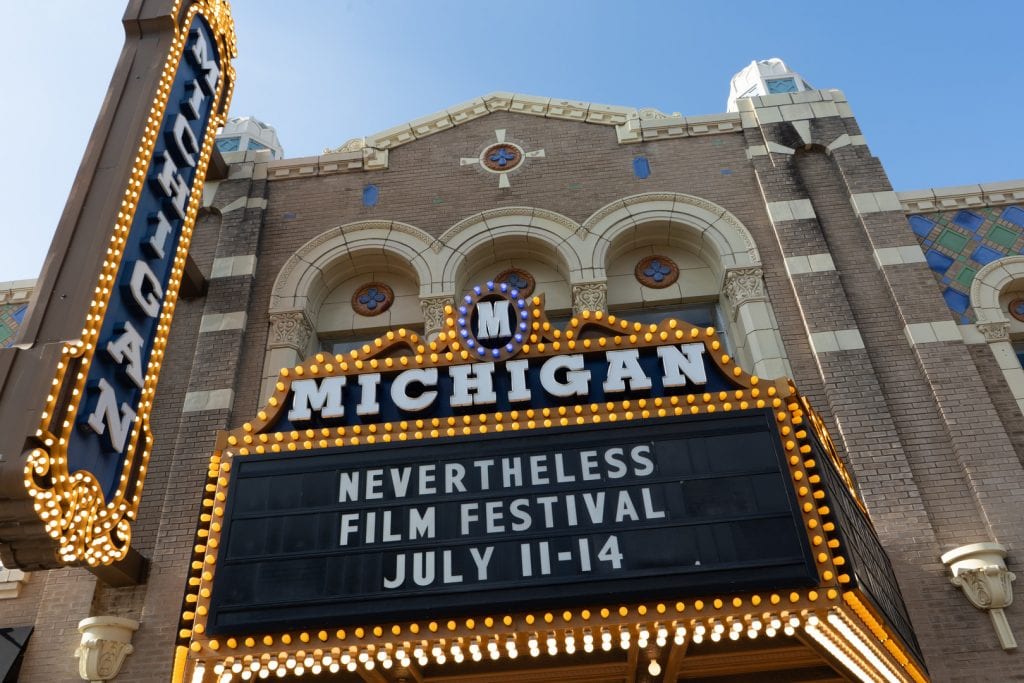 There are five days left to submit for the early bird deadline for Nevertheless Film Festival!

The Nevertheless Film Festival is coming back for its second year. During its inaugural year, Nevertheless screened 26 films, which included one North American Premiere, one US Premiere, ten Midwest Premieres, and nine Michigan Premieres. Held once again in the bustling city of Ann Arbor, Michigan, the festival will take place from July 9-12 in 2020.

Nevertheless elevates the work of womxn in film in a ground-breaking way — in order to qualify for submission, a film must have at least 50 percent of leadership roles on its crew filled by people who self-identify as womxn, broadening the focus on representation to roles beyond the director’s chair.

Featured in a video created by NowThis Her x TIME’S UP, the festival is programmed by a team of women who are current and former staff of festivals including Tribeca, Sundance, Telluride, TIFF, and more. Find Nevertheless on FilmFreeway, Instagram, Facebook, Twitter, and at their website. You can also learn more about the festival through our interview with director and founder Meredith Finch.

Nevertheless is inviting submissions of short films, documentaries, and narrative features of all genres on FilmFreeway of womxn-idenitifying individuals today. The deadline for early bird submission is January 13 and regular submission is March 9. Please see the guidelines for submission.

Sands of Silence: Waves of Courage Streaming Online until October 26