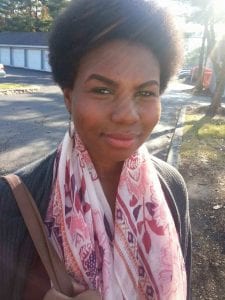 Saturday Grace is a short film about a grieving young woman, Iyana, connecting with a homeless woman, Lilah, through dance. Why did you decide on these two characters for this story?

When I began writing the story, I had in mind one idea: two radically different women connecting through art. It was important that the two characters clashed at first so that their eventual connection is more dramatic and meaningful. Iyana is a young woman mourning the loss of her husband. She’s also a worship dancer at her church. I created Iyana based on my interest in depicting a Black woman both struggling with her religious beliefs, and finding solace in those same beliefs (I’m a Black woman that experiences the same struggles and triumphs). Lilah is a homeless woman who, although she has fallen  on hard times, refuses to succumb to despair. She is a former Broadway dancer who clings onto the fulfillment dance gives her. For both characters, dance – whether religious or secular – sustains their lives and gives them meaning.

What was your inspiration to make this film? Are you yourself a dancer?

I’m definitely not a dancer! But worship dancing holds a special place in my heart because I grew up seeing it in the churches I attended. I was inspired to make Saturday Grace for several other reasons as well. First, I wanted to jump back into filmmaking. I had written, directed, produced, and edited my first short film (well, the first one I was proud of…) as a college senior in 2015. Days, months, and then years passed before I created anything of my own again. One day in 2017, I looked at my laptop and saw a bunch of half-finished stories. I knew that devoting time to making my own work would be a challenge, but it would be a necessary one if I wanted to continue to develop as a storyteller. Second, I wanted to continue my goals of exploring faith and complex female characters of color on screen. No caricatures of simple, long-suffering, or angry women. No easy answers. Just reality. Third, I needed a change of pace. I had edited and color graded projects with “heavy” material: abuse, depression, suicide, war. I began to wonder if I could contribute something positive to the world.

That’s how I came up with a story about two isolated New Yorkers forming a life-affirming friendship through artistic expression!

Because this film centers on dance, the soundtrack becomes incredibly important. You worked with a composer, Martha Mooke, for this film. What was this process like and how did you collaborate on the music for this feature?

The soundtrack consists of both royalty-free tracks and Mooke’s lovely original score. The two “pre-made” tracks I included are the brassy Broadway number “Barroom Bounce” from AudioSparx and the gospel song “Never Thirst Again” from Getty Images. Each song represents the different dance styles and lifestyles both characters inhabit. The first song is a bold number that shows Lilah reliving her glory days as a Broadway dancer. The second song is a slow-moving piece that swells into a celebration of faith. Iyana dances to this song in church when she feels revitalized. Paul Chernosky, a talented choreographer and dance teacher, created both of these dances for the actors and rehearsed with them extensively.

As for the original music, I had never worked with a composer before. For my college films, I used royalty free music and licensed music (big mistake on my part). For Saturday Grace, I knew I needed original music that could support the development of the story. Of all the composers I contacted, Mooke stood out due to her unique sound: the electric viola. We listened to some of her past compositions and to different soundtracks with beautiful string arrangements. We experimented with various sounds and moods until we struck the right balance between expressiveness and restraint. The process was a great learning experience. 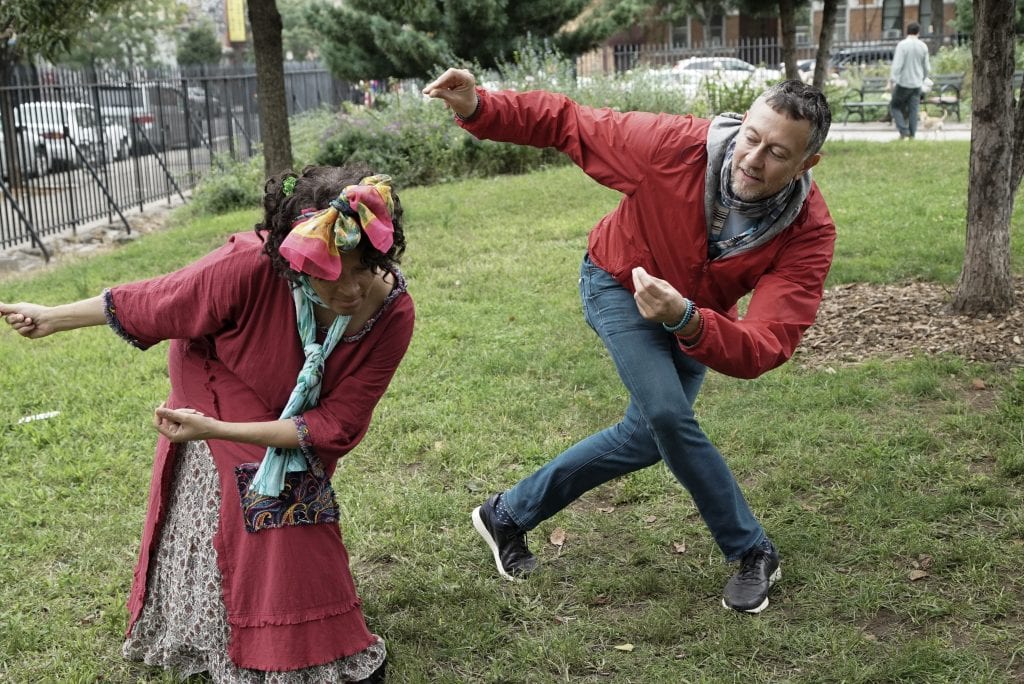 Iyana uses dance as a tool to help her through her grieving. Why do you believe dance can help us process distress?

In Iyana’s case, dance helps her deal with her grief because it’s a pure expression of her faith. In the short film, Iyana says: “When I dance, everything just melts away.” The mental, physical, and spiritual dedication and exertion dance requires culminates into an elevation above one’s current distress.

The film opens on a shot of a cross and the final scene of the film takes place in a church. What do you see as the role of religious imagery in this film?

The actors who play Iyana and Lilah are both gifted dancers. Was it difficult to find and cast actors who can not only dance but who can also act?

It wasn’t easy finding people who could not only act, but could also dance and who were the right fit for Saturday Grace. My casting call didn’t receive a ton of candidates who fit all of those categories. And when a candidate did seem like a good fit, their availability and the film’s shooting schedule didn’t line up. I was very blessed to be able to work with Natasha Walfall (Iyana) and Wendy Heagy (Lilah), who are both talented and hard-working actors/dancers. It took two rounds of auditions (in-person and on video) to find them. And they were great! In the end, it all worked out.

We see flashbacks of Iyana’s life in black and white. Why did you choose to incorporate these flashbacks in this way?

I color graded the flashbacks (to her and her late husband in the park, and to her dancing in church) so that they are not only in black and white, but also have a slight soft focus look (achieved through light blurring). I made the shots look this way to emphasize how far those happier times are from her current reality. The blurriness makes the reality seem even more distant, almost romanticized.

What is your plan for this film and do you have any projects you’re working on?

My film will wrap up its time on the film festival circuit this year. At this point, I would like to find  a suitable streaming home for it so that as many people as possible can watch it. Because, ultimately, I want Saturday Grace to show people that you can tell faith-based stories in a compelling, respectful, and professional way. I should add that, as much as I enjoy producing my own projects, I also want to continue collaborating with all kinds of filmmakers who care about filling the entertainment industry with films that care about quality, diversity, and impactful messages. If all of that sounds like something you agree with, consider hiring me as a director, editor, and/or colorist.

I’m currently developing/writing four short films right now. The first one is about a woman who commits identity theft while house-sitting for a privileged friend. The second one deals with a girl encountering her father’s ghost (or is it?). The third one is about a devout Christian woman struggling with new motherhood. And the fourth one is a docu-narrative hybrid. That’s all I’ll say about that one!

I also want to take this time to thank agnès films for interviewing me! When film publications provide press to marginalized people, they provide a platform that helps those people get their voices heard. And that helps initiatives to make the entertainment industry more inclusive. Again, thank you.