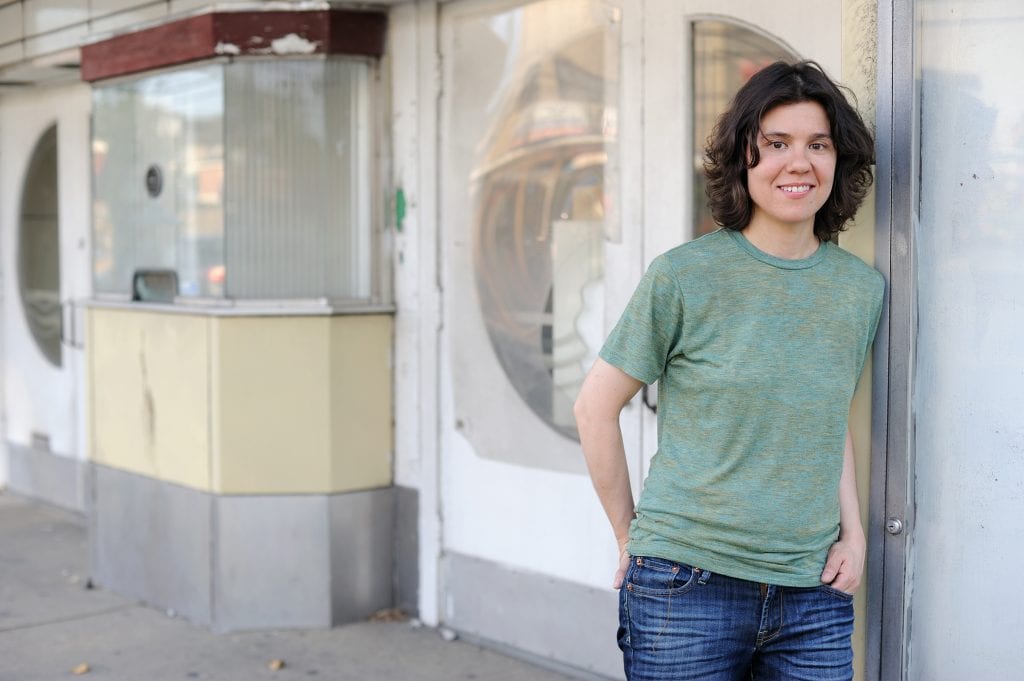 Your documentary, Salvage, tells the story of the Yellowknife Dump and the salvagers and prospectors who go to the dump to collect usable items. What inspired you to make this film?

I’ve always wanted to make a film about a dump, or more specifically, what we throw away. As a kid, I went to our local junkyard and was fascinated by the “good” things you could see discarded there. I was also impressed by the cross section of people who frequented it. Consequently, I’ve long felt that there were stories worth finding in the trash, so to speak. As a documentarian, the topic fit with what I tend to gravitate towards. Salvage is my third feature, and all my films have concentrated on unique regional cultures and traditions. The idea of a community built up around its town dump seemed right up my alley.

I saw a screening of this film in the Michigan State University Recycling Center, literally surrounded by piles of trash. What was this screening experience like for you?

It was remarkable on several levels. First, just the visceral, immersive experience of having what was being shown on screen mirrored by what was physically around us—I laughingly described it to one of my friends as “homemade VR.” Secondly, the atmosphere served to reinforce a central message of the film. I hope that one of the takeaways from Salvage is that viewers revisit the idea of what is “trash” and how many items thrown away still have real value. Watching the film while sitting among mountains of recyclables and rescued goods from the garbage very effectively underscored that point. As such, I can’t think of a better venue, except maybe the actual Yellowknife dump itself! 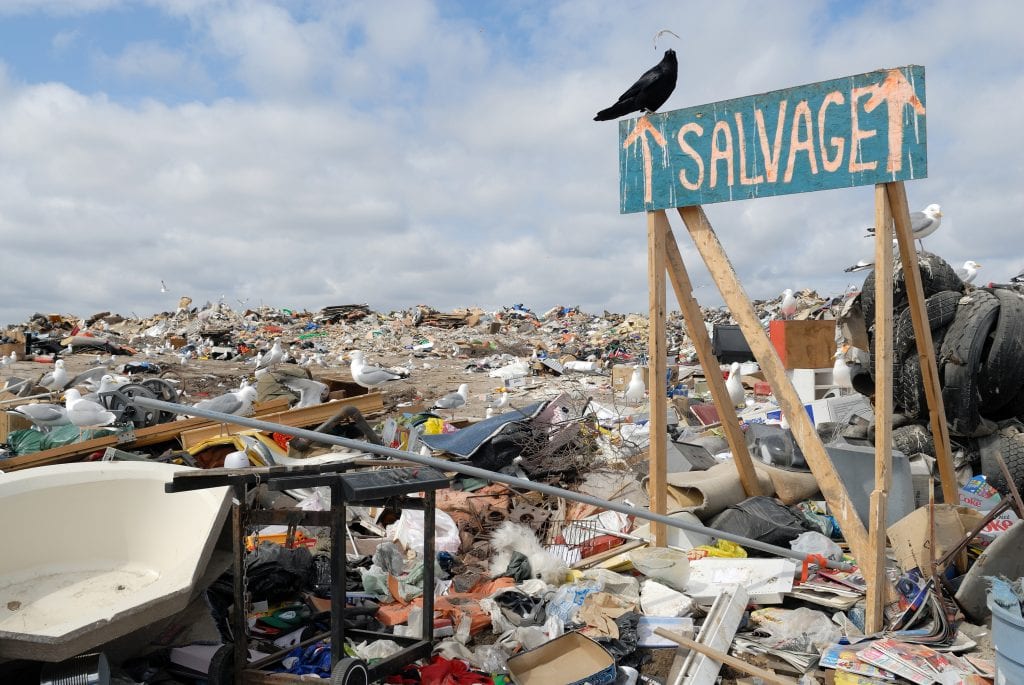 Why do you think this topic is important to cover in today’s society?

The salvagers’ shared ethic is thrift, which is often dismissed as an outdated virtue. It hardly seems relevant today—we live in a time of rampant consumerism and seemingly limitless access to cheap goods. In most cases it is less trouble to replace an item than it is to repair it. That consumption comes at a cost—environmental, economic and—the salvagers would argue—moral. People salvage at the Yellowknife dump because they believe that resources, including everyday items, are precious and not to be wasted. It’s the embodiment of sustainable living, and given the crisis currently facing our planet, I can’t think of a more pressing topic.

Describe for us the process of interviewing the salvagers. Was it difficult finding people for interviews? Did anyone decline being in the film?

Some interviews I had set up in advance—I was traveling 7000 roundtrip miles to Yellowknife after all, and I needed to make sure I had some key subjects locked down. Those included salvager extraordinaire Walt Humphries, who writes a weekly newspaper column called “Tales From The Dump;” the mayor of Yellowknife; the manager of the dump; and Tony Whitford, another avid salvager and Commissioner of the Northwest Territories. The rest I found by camping out at the dump all day and just getting to know the regulars. Most dump-goers I spoke to were intrigued by the project and eager to be on camera. I got only one “no” that I can remember. I think that was because the dump is a truly important place to these people. They were gratified that I was documenting it and also recognizing its value. 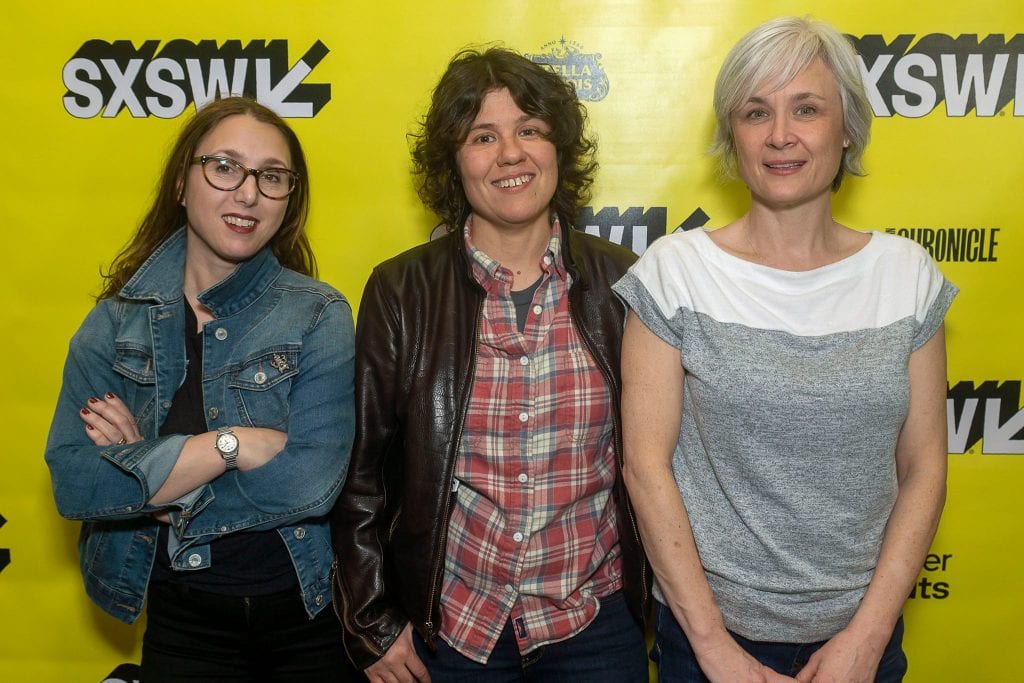 Much of the documentary takes place in the Yellowknife dump in the Northwestern Territories in Canada. What was it like to film in this environment?

The Northwest Territories is a spectacular part of the world. The landscape is stunning and a cinematographer’s dream (b-roll was a joy to get!). But of course the majority of my time was spent shooting in the city dump. That landscape was also striking in its own way, but posed inherent production challenges. I was on the working face of a landfill—there were trucks and heavy equipment moving around that I had to be aware of. There were also a lot of dangerous items to dodge—exposed metal and sharp objects, broken glass, live bullets, animal carcasses, dirty diapers, you name it. (I did get a tetanus shot prophylactically!) But the biggest obstacle by far was dealing with the seagulls. Flocks of them lived at the dump—screaming incessantly. It was an enormous hassle for recording sound and their shrieks haunt me to this day.

You spent six years filming this documentary and spent a lot of time with the salvaging community in Yellowknife. What was the experience of working with this community for an extended period of time like?

It meant that I got to witness a lot of change. Over the course of filming, access to the landfill was restricted enormously. By the end, the salvage area is a shadow of what it once was and the facility isn’t that different than most dumps in North America. It has more of a transfer station feel, way more organized, highly regulated, with a large “take or leave it” area to try to appease the salvagers. The salvagers have varying reactions to this—anger, sadness, even faint hope, but the upshot is that none go as often. The “modernization” of the dump also mirrors to a certain extent the way Yellowknife itself was evolving. I watched it become a more accessible, “cosmopolitan” place. And while I empathized with the sense of loss that the salvagers felt, it also seemed inevitable. The world is getting smaller and there are good things that come along with that as well as bad. 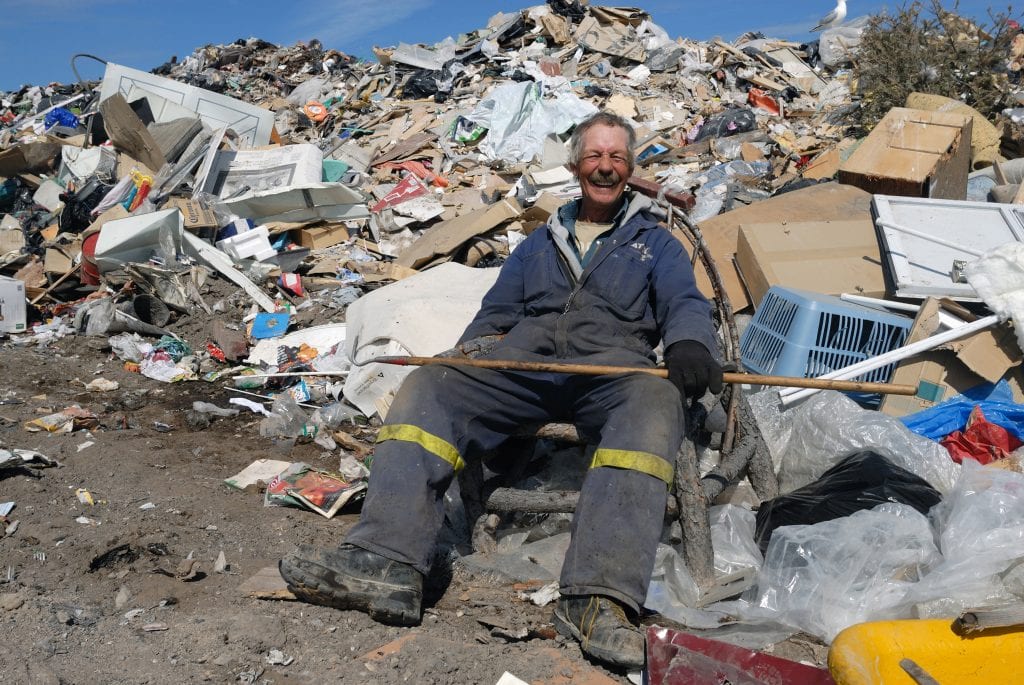 Why do you think the people in Yellowknife have held onto salvaging even in today’s society where people with the money to do so can easily purchase things they need in stores or online?

Salvaging in Yellowknife was born out of necessity. The city is physically isolated (Edmonton is the closest major city at 1400 kilometers away) and for a lot of old-timers who grew up there, they remember when it would take months to get goods shipped in. People grew up reusing and repurposing every item, be it a nail or a scrap of wood, because every item was valuable and scarce. While access to goods has changed enormously, that sense of thrift remains deeply culturally ingrained. At this point in time none of the salvagers I focus on in the film need to do it, but they all believe it is important—meaningful even—to rescue these items and bring them back into use. It’s become part of their value system.

The crew for Salvage consists of a majority-female crew. Why do you think it’s important to have women behind the camera?

All the key positions on Salvage were filled by women—director, producer, shooter and editor. In general, I think it’s crucial to have women in all aspects of filmmaking and the medium is all the richer for it. Without different perspectives, audiences by definition are seeing a limited set of stories. On this specific project, it proved gratifying. I’m thinking specifically of my relationship with editor Sabrina Zanella-Foresi. I had already been working on this film for years before she came on board and had done a fair bit of cutting on it myself. She ended up reconfiguring more of it than I expected. It was a difficult position for both of us, but there was no clash of egos, no drama. It was a true collaboration where we prioritized the good of the project over a sense of authorship. And I found an editor for life! 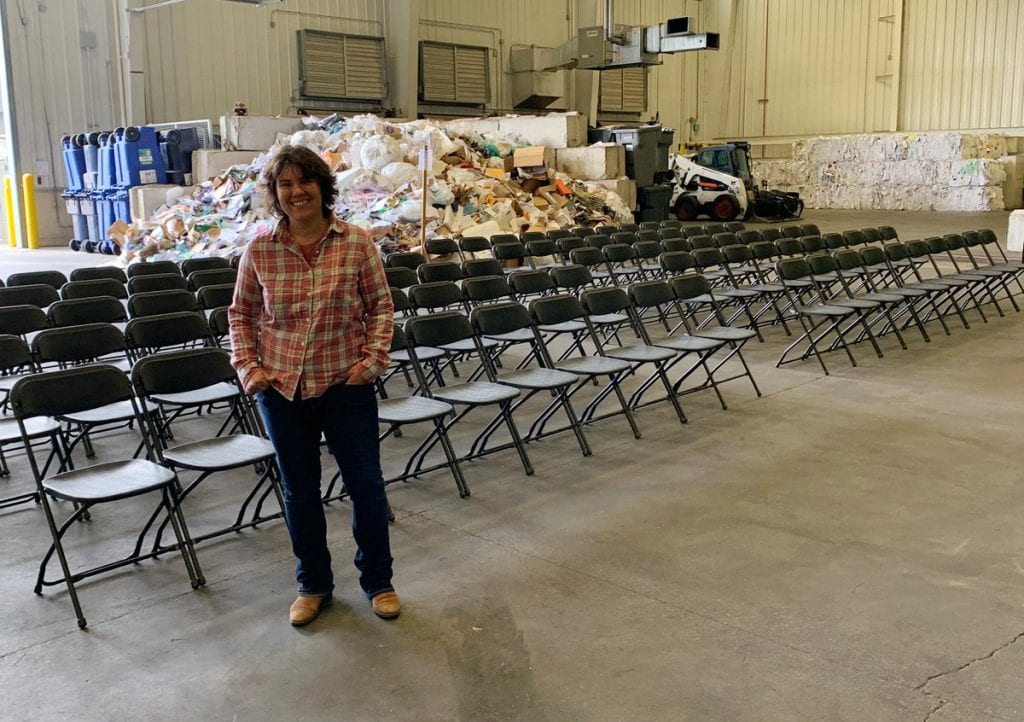 Director Amy C. Elliott at the Michigan State University Recycling Center and Surplus Store, set up for a screening of Salvage.

Are there any upcoming projects we should look for?

I have one in the works but it’s still in the nascent stages. In the meantime, I’m enjoying my remaining time on the festival circuit with Salvage. We premiered at SXSW 2019 in March so will be wrapping up probably by the end of the year. It’s been a really nice run.

This is my third feature, and we’ve had some of the most memorable screenings of my career. I even got to screen at the northernmost movie theater in the world, Svalbard, as part of the first annual Arctic Film Fest. There’s also been some organic interest in the film from universities and non-profit organizations. I’ve signed an educational distribution deal so the film will be available on those platforms in the spring. I think it’s an evergreen topic, so hopefully interest in the film will continue for a while to come.

You can learn more about Salvage on its website and Twitter. You can also watch the trailer on Vimeo. To see what else Amy C. Elliott has done you can check out her website, visit her on Facebook, and follow her on Twitter. Learn more about Kara Headley on her profile.