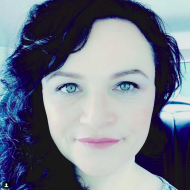 Rebecca Raymer
Rebecca is a writer, director, and artist in Atlanta, Georgia. In addition to making and reviewing films, she works in Criminal Defense Law and is a social justice advocate.
This user account status is Approved
About About
Posts Posts
Comments Comments

Rebecca studied Psychology, Sociology, and Criminal Justice at Georgia State University. She has written a novel, a memoir, several short film screenplays, and recently finished her first feature-length screenplay. Her first film, a short she wrote, directed, and starred in, was in the 2010 Cannes Film Festival Short Film Corner. She has been reviewing films and writing film industry articles for almost ten years, focusing on Georgia film and women filmmakers and characters. In addition to filmmaking, Rebecca is a Criminal Law researcher and writer. She is currently working on a series of short documentary films, in addition to a feature documentary film concerning the use of the Death Penalty in Criminal Procedure.