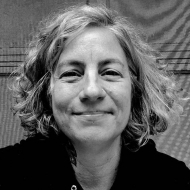 Chachee Valentine is a poet, video artist and photographer. She has lived in Atlanta, Seattle, Olympia, Portland, OR, Santa Fe, Asheville, Portland, ME, Chicago and Derby, England.

Pre-production for Chachee's first feature will begin in April 2018.